Cordyceps has become popularized for its use as a supplement. It is a unique fungus species, famed for its parasitic growth on the bodies of insects. Thankfully, supplement companies obtain cordyceps from laboratories rather than harvesting them from zombie-like ants.

This mushroom is often used during physical activity as it may enhance exercise performance. It has also been used in Traditional Chinese Medicine (TCM) for centuries as a tonic; practitioners claim that it can benefit various ailments.

While studies are less certain about this information, some research points to its ability to improve VO2 max and improve exercise performance. Cordyceps is also said to have anti-aging properties on account of the antioxidants within.

Apart from supplements, people can get the health benefits of cordyceps by eating them as food. This cordyceps pork soup recipe combines the properties of cordyceps with the flavors of pork in a hearty broth. Save this recipe to eat whenever you're feeling a little under the weather!

When eating cordyceps, you're eating the 'flowers' of the fungus. The fruiting bodies of this mushroom – the part you typically see as the sprouting head on mushrooms – are small in comparison to other species. They are thin and stringy, often with a visible bulbous head on the end. They are bright orange in color. 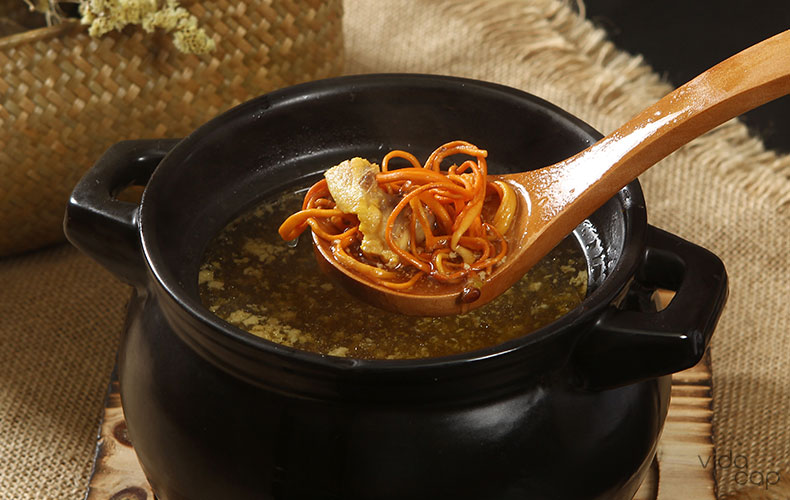 Most people consume cordyceps in recipes like soups and stews, including this cordyceps flower pork soup recipe.

They lend themselves well to these sorts of dishes due to their taste. Cordyceps have an umami flavor, with earthy and nutty tones — these steep well into rich broths of the kind in this recipe.

How to Make Cordyceps Pork Soup

Making this cordyceps flower pork soup recipe is exceptionally easy. Begin by soaking the cordyceps mushrooms and goji berries to soften them.

Then, blanch the pork ribs in water alongside grated ginger. Next, add the blanched ribs to a large soup pot or crockpot along with flavored broth, extra ginger, and the cordyceps mushrooms. Allow the mushroom soup to simmer for about two hours, adding fresh corn on the cob and goji berries at different intervals in the cooking process.

It takes minimal effort to prepare this soup, and it can be made in batches for reheating later.

Can You Use Fresh Cordyceps Flowers to Cook This Soup?

Yes. Both fresh and dried specimens can be used in this cordyceps flower pork soup. Notably, dried cordyceps are much easier to get a hold of in the United States. However, some proponents of the fungus believe that fresh is better. 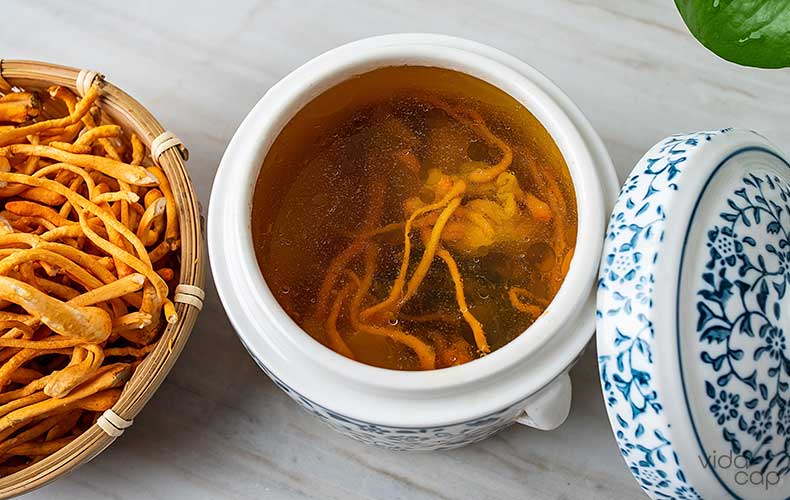 If you can access fresh cordyceps, then it may be better to use them. If not, then don't worry about using dried mushrooms instead – they also provide nutritional benefits and a similar savory flavor.

Keep reading to get the recipe for this tasty pork and mushroom soup.

This cordyceps pork soup recipe is super easy to make. It takes a while but is still minimal effort, and it is definitely worth it. Leave it cooking on the stove while you get on with your other tasks.

Cordyceps soup is an excellent way to gain the dietary benefits of this unique mushroom. It's delicious and nutritious, also packing the advantages of goji berries and ginger, too.

Eating soup every day is likely not feasible, though. If you want the health benefits of cordyceps without making a gallon of soup each week, try capsules. The cordyceps capsules from VidaCap are high-quality pills made from lab-grown cordyceps, ground finely into a powder.

Before you leave our site today, make sure you check out our full range of mushroom supplements. 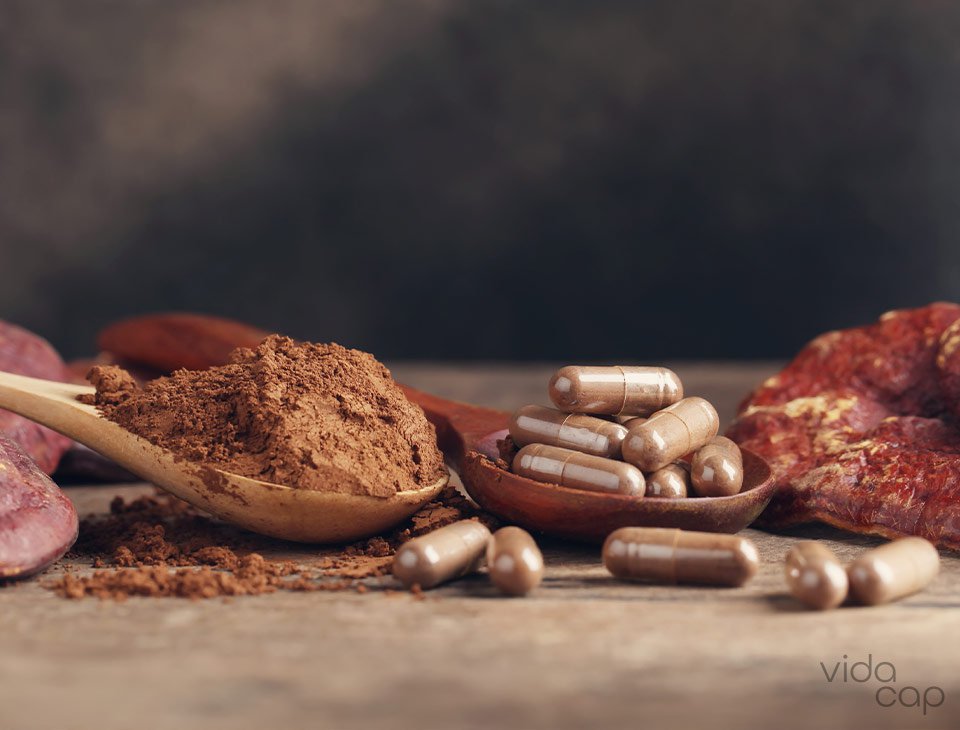 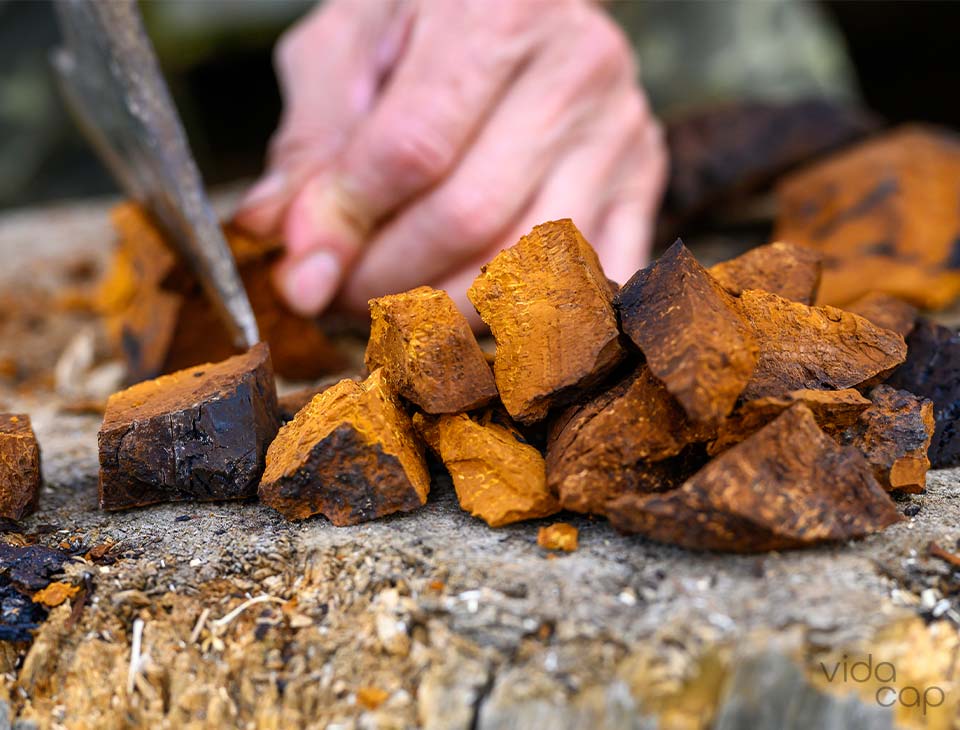 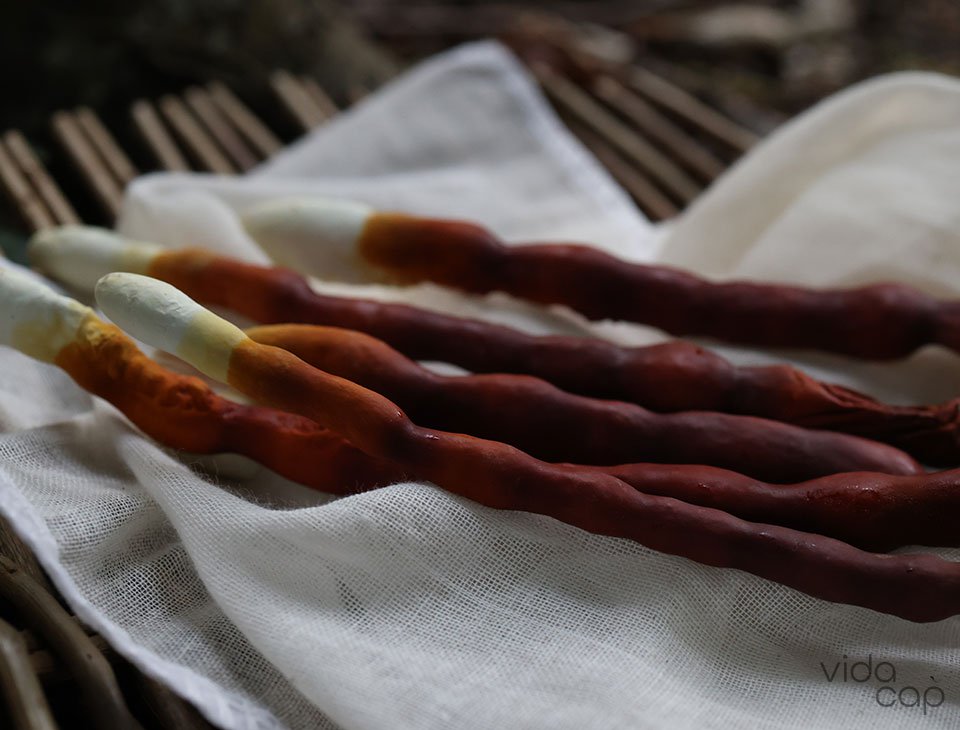